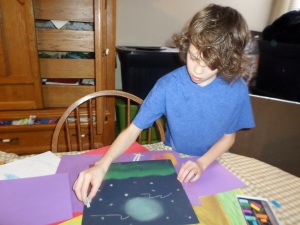 Last week, I wrote a post entitled Is Unschooling Just Lazy Homeschooling? Today I received a comment that expresses a common sentiment about unschooling, and to be honest, was a concern I had about it, as well. The basic premise is that sometimes in the world people have to do things they don’t like, and everything about unschooling is all fun and games, so how are they going to learn how to do things they don’t want to do? Another fear expressed was that unschoolers will potentially not acquire enough knowledge in life to truly succeed. These are both valid concerns, and as I stated before, I felt a little anxious about the same things, until I actually started unschooling. Seeing this method of learning in action has completely changed my point of view, so I thought it was important to address this issue now.

I agree. This is one of the things that took me so long to finally make the unschooling decision. To clarify things, I’m not a radical unschooler. There are things that my children have to do everyday, even if they don’t like it. Chores, math (although I did just purchase a, hopefully, more interesting math curriculum), not all of my kids enjoy reading, but it’s important that they do it.

And as for high school- that’s a little more structured, but it still centers around their interests. For example, my daughter will be in 10th grade next year. She loves the show Sherlock, so we’ve designed most of next year’s curriculum around the subject of private investigation. Does that mean that she’ll sit around everyday doing nothing but watching the show? Absolutely not. While that show and others will add to her learning in the area, that’s not where it ends. She’ll also be taking Psychology, Logic, Kinesics (The science of body language, especially microfacial expressions), she’ll be reading the classic Sherlock Holmes books and will probably do some creative writing in the same genre. A deacon at my church is a PI, so she’ll have a go-to person for any questions. Now she’ll also be taking astronomy- not that that has anything to do with this subject- because she loves it, and I found a wonderful book for her to use which can be used as a supplement. This book teaches astronomy through art, combining 2 of her favorite subjects. Her main book for astronomy was specifically chosen because it doesn’t include the math so often in astronomy textbooks. She has no aspirations of being an astronomer, so why dampen her love for it with math that she’ll never use? Also straying from the curriculum is advanced algebra, which she is taking next year because she wants to go to college. I found a great curriculum that she’ll hopefully like. And, honestly, math is her least favorite subject, but she applies herself and is taking higher math courses because of college. Lastly, she’s also chosen to complete a Language Arts curriculum, as well, which really isn’t necessary considering the amount of time she’ll be spending reading and writing.

Unschooling isn’t just about sitting around, playing all the time- especially as they get older. As the kids grow, they realize that there are certain things they’re going to have to do to reach a certain goal, and they do them. Unschooling is about taking what they love and expanding it so that a whole other world of possibilities awaits.

Does this clarify things at all? What do you think? 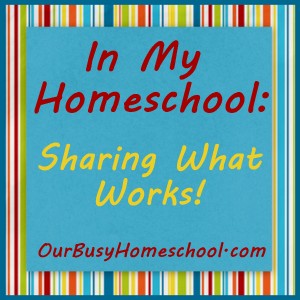 46 thoughts on “My Answer to a Common Concern about Unschooling”