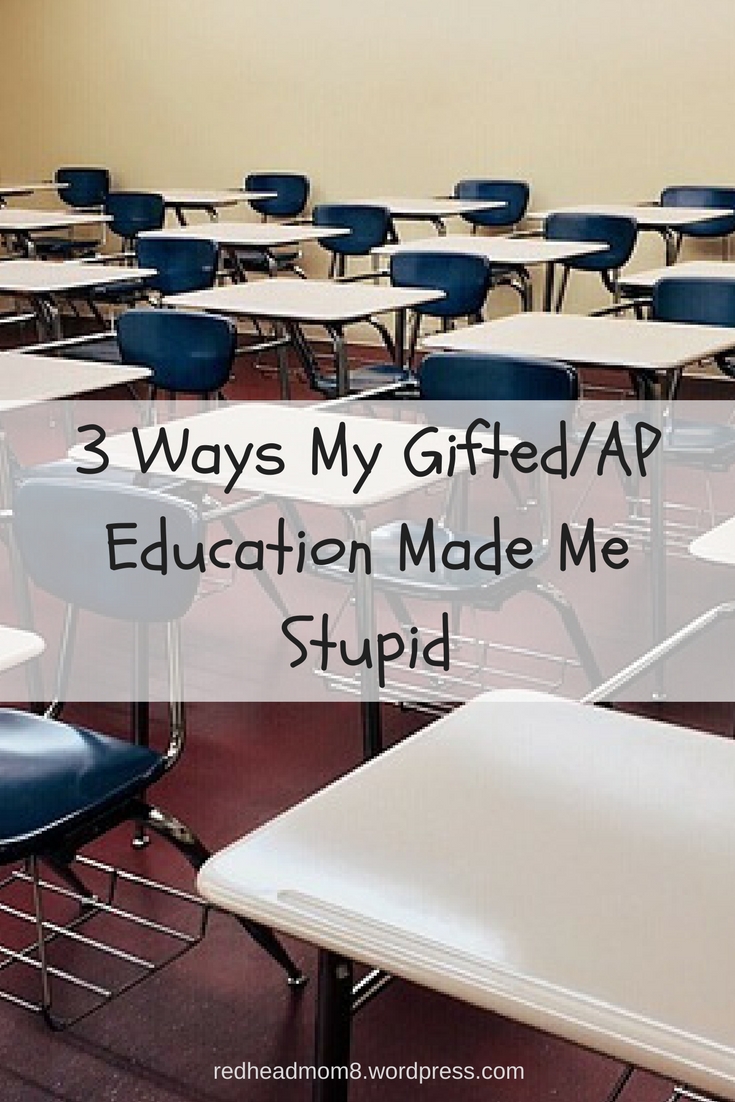 Growing up, there were three main traits that I considered to be the perfect summation of who I was.

I may have been a truly nice kid, but I’m going to admit that I wore that gifted label proudly, and I let everyone I met know that I was “special.” I loved school, my teachers loved me, and I cruised through my senior year like I’d done it a million times.

I was going somewhere.

And then I entered the real world. 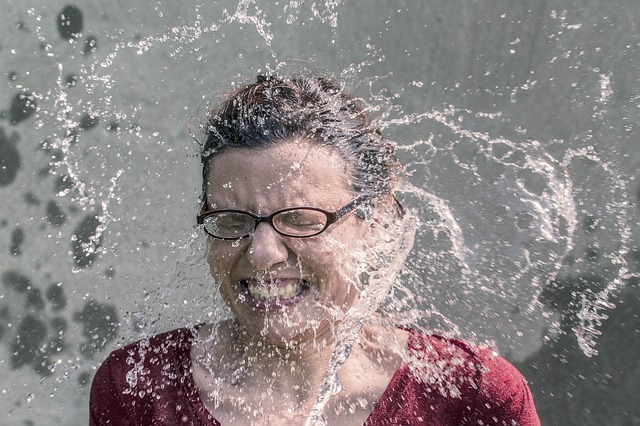 Upon becoming an adult, reality came crashing down upon me, and I realized that no matter how high my IQ was, school had left me totally unprepared for what life is actually like.

None of the awards, test scores, and grades mattered anymore because none of those trinkets taught me how to budget, pay bills, balance a checkbook, and interact with the “common folk” who seemed to have it together so much better than I did after graduation.

So it’s really been quite a journey coming to terms with this one fact:

My gifted /AP education made me stupid.

Of course I don’t mean academically stupid, but real world stupid. Substantially stupid. And here are the three ways this happened:

1. It gave me a false sense of security.

Earlier I mentioned how I felt about my gifted label, and I wasn’t kidding. For years, my classmates and I were repeatedly reminded by our teachers that we were the cream of the crop. The smartest of the smart. We had a myriad of special privileges: ice cream parties, lots of movie days, a higher grading system- our A’s were worth 5 points instead of the standard 4, and our B’s were worth 4, rather than 3 points. We even got to sit on the stage behind former President George H.W. Bush when he came to our school during my senior year.

(If you click on the link, you can’t see me in this picture, but I was one of the kids behind him. I took tons of pictures of the back of his head, which were totally dark because we weren’t allowed to use flashes.)

Anyway, suffice it to say that all of this special treatment made me feel invincible. I knew everything. Things were always going to go my way.

2. It rendered me helpless when I was faced with things I didn’t know how to do, or that even required simple common sense.

When it came to a public school education, it was all about grooming for the academically advanced kids. We were told what to learn, when to learn it, and how to go about doing it. I don’t ever remember a time that we were given something that was entirely our own to decide what to do with. The mentality of the teachers was always:

“This is what you are to do, and these are the methods you are to use. Do not deviate, or your grade will be negatively affected.”

I became so used to being told step-by-step what to do that I completely lost any sense of using my own critical thinking skills. In fact, when it came to anything involving common sense, I was lost. I was the kid who could correct her teacher when he misquoted the Preamble to the Constitution, but I couldn’t even figure out how to open doors half the time. 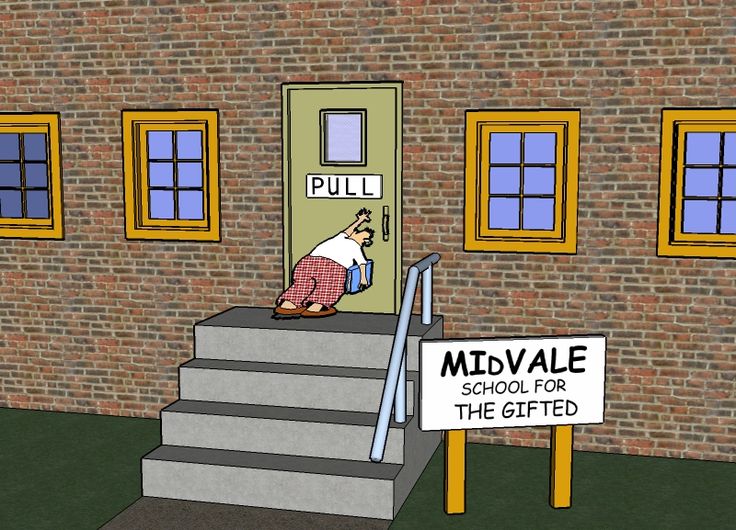 I became a pro at working the system. I could write papers for my AP English class on books that I never even read and score a 5 (which was the highest you could get), yet I failed at the most mundane tasks that come naturally to most people, and occasionally that still plagues me to this day.

Even as an adult, my 3-yr.-old had to show me how to close out the tabs on my phone- when she was 2! I can’t adjust the straps on purses, backpacks, and belts, and don’t even get me started on jackets with zippers.

For the longest time, I would freeze with anxiety anytime I was faced with something I didn’t know how to do- or I just wouldn’t do it at all. It never even occurred to me to try to figure things out for myself.

Where was the teacher who would provide elaborate instructions?

Where was the detailed worksheet that would tell me everything I needed to know?!

It took me years of homeschooling my own kids before I finally realized that it’s entirely possible to learn something without being told what to do.

I will never forget a meeting with my guidance counselor during my junior year. I was picking out my classes for the next year, and I mentioned that I’d like to take accounting and business math. His response?

“You can’t take those classes. They’re business classes. You’re gifted, so you have to take college prep.”

I pressed him a little on the issue, so he asked me what my career plans were. I told him that I was a certified dance teacher, and I was hoping to open my own studio. He visibly scoffed- he didn’t even try to hide it- and he literally sneered at me:

“You want to be a DANCE TEACHER?”

I left his office that day without having any math courses planned for my last year of high school. Since only three math credits were needed to graduate, I technically didn’t need to take math. Looking back, I’m astounded that my counselor would rather have had me skip math altogether than deviate from my educational track.

What’s wrong with this picture?

High school seems like it was an eternity ago, yet the aftermath of these three things has remained with me. Between homeschooling and watching my jack-of-all-trades husband learn how to do anything he sets his mind on, I’ve slowly been working my way out of this mindset, but it’s been quite a journey.

As the old saying goes:

A mind is a terrible thing to waste.

And this couldn’t be truer. Don’t waste a developing mind on labels and micromanaging and stereotyping. Give your child room to grow, space to figure things out on their own, and a chance to fail at their independent pursuits…

Because failing is infinitely better than never having the opportunity to try in the first place.