Why I haven’t jumped on the “screen-free summer” bandwagon…

But I refuse to write off screen time as being this horrible abomination that some people make it out to be. There is simply too much value in it.

10 Reasons Why Screen Time Shouldn’t Get a Bad Rap

1. Those games that drive you crazy? They’re more educational than you think.

In my experience as the wife and mother of some avid gamers, there is so much educational content overlooked simply because people don’t take the time to see what they’re all about.

My son learned how to read and follow maps by playing World of Warcraft. The other day, my daughter gave me an intricate description of the smelting process from her experience with Minecraft. Just today, my kids were playing Animal Jam, a game developed by National Geographic that actually includes short videos about the animals that inspired the characters.

Take a look at those games you’re kids are enamored by. You might be surprised.

2. Videos, movies, and documentaries are more engaging for some kids than reading a book.

I’ll be the first to admit that I am a huge bookworm, but…not everyone is like that. Hard to believe, but true. 😉

Let’s be honest and admit that there are some people who simply learn better through visual media than they do through books. Why take away the best option for them because of a stereotype based on fear?

3. There is a bit of a double standard between visual media and audiobooks.

Audiobooks are often touted as being a wonderful resource for homeschooling families, and I agree. But why is it that they are placed on a pedestal while videos, interactive games, and, yes, TV shows are looked down upon as “babysitters”?

I just don’t quite get the distinction. Truth be told, I believe the screen options will reach more children than audiobooks might, if for no other reason than that not everyone is an auditory learner.

Shouldn’t we be aiming to meet our kids where they’re at?

4. We are so conditioned to look for things that are “educational” that we often overlook the value in media often deemed as “fluff.”

Even for those of us who do allow our kids to watch videos and TV shows, how often are we guilty of writing off certain programs because we don’t feel they hold any educational value?

Take “H20- Just Add Water,” for instance. When my kids first started watching it, I thought it was just about the dumbest show on the earth.

And then I actually sat and watched it with them. This show that I was so quick to label as a waste of time ended up giving my kids more educational tidbits than I ever dreamed of.  They learned about Australia, dolphins, fish, geography, friendship, and- believe it or not-the importance of obedience.

Come on. Admit it. As a parent, you have days when you just want to sit on the couch and veg out all day.

A few months back I was spending every Friday afternoon and evening watching back-to-back reruns of “Destination Truth.” There are times that we all need to wind down and relax. Screens are one way to do that.

6. Subtitles are a great way for kids to learn how to read and spell.

I spent much of this past year working on reading and phonics with my 6 and 7 year olds. Although they certainly made progress, I have seen an explosion of growth during this summer break on their fluency and even their spelling through our use of subtitles on the TV.

I can’t even take credit as this being some bright idea I had. The truth is, since our house is quite loud all the time, we always have the subtitles turned on. I guess every cloud does have a silver lining. 🙂

7. Games are a great way for kids to learn how to read and spell.

Games are another fantastic motivator for getting your kids to read. A few months ago, I was amazed to find my then-3 year old typing simple words into Roblox completely on her own.

Kids are very resourceful. After spending a good amount of time asking how to spell things over and over again, they become more determined to make things go faster by doing things on their own.

What a great incentive to learn how to read, right??

Believe me, I am not happy about this. I have a love/hate relationship with technology. I use it pretty much because I have to, so think about this:

If  screen technology is this prevalent in the present, how much more so will that be in the future? If we refuse to allow our kids to experience the ins and outs of this tool, we’re not fully preparing them for adulthood, are we?

I’ll admit that this isn’t true of all games, videos, and movies, but it is certainly factual for a great portion of them.

My oldest daughter loves to play The Legend of Zelda. That entire game is pretty much one giant puzzle. You simply cannot play that game without having sharp critical thinking skills. Well, you could, but you wouldn’t get very far.

Even games such as Slither.io and Agar.io, which seem pointless at first glance, necessitate an enormous amount of concentration and strategy.

Try playing one yourself, and you’ll see!

10. Screen time can encourage the use of math in a way that is meaningful.

As parents, I think we all know that some kids have quite a bit of trouble with math. It’s too abstract, and it doesn’t seem to make any sense.

Math in the context of a game, however, makes a whole lot of sense because it is actually meaningful.

If you ask a child what 1000 – 400 is, for example, they might answer immediately, or they might look away in frustration. If you ask a child how much more gold they’ll need to buy a piece of armor for their character, though, you’re bound to get the correct answer pretty quickly.

In our home, screen time isn’t considered a free for all for our children. There are limits, and we do enforce them. On the other hand, though, I will not ban screens completely. They hold more value than we give them credit for, and I intend to use those benefits to strengthen the skills of my children.

What are your thoughts on screen time? I’d love to hear about them in the comments! 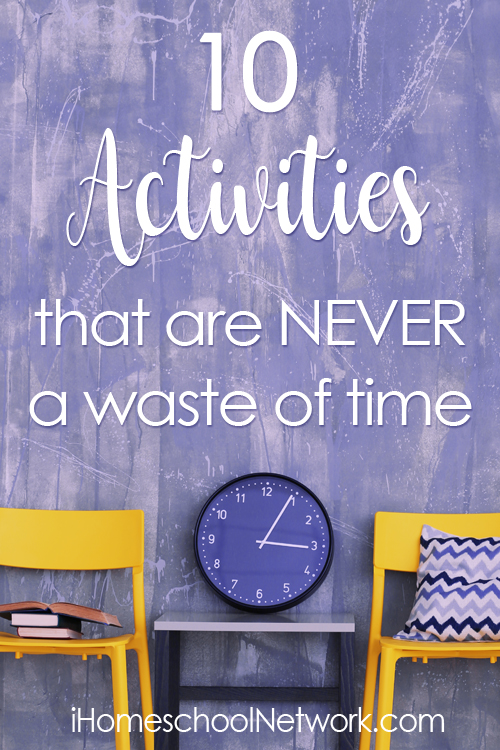